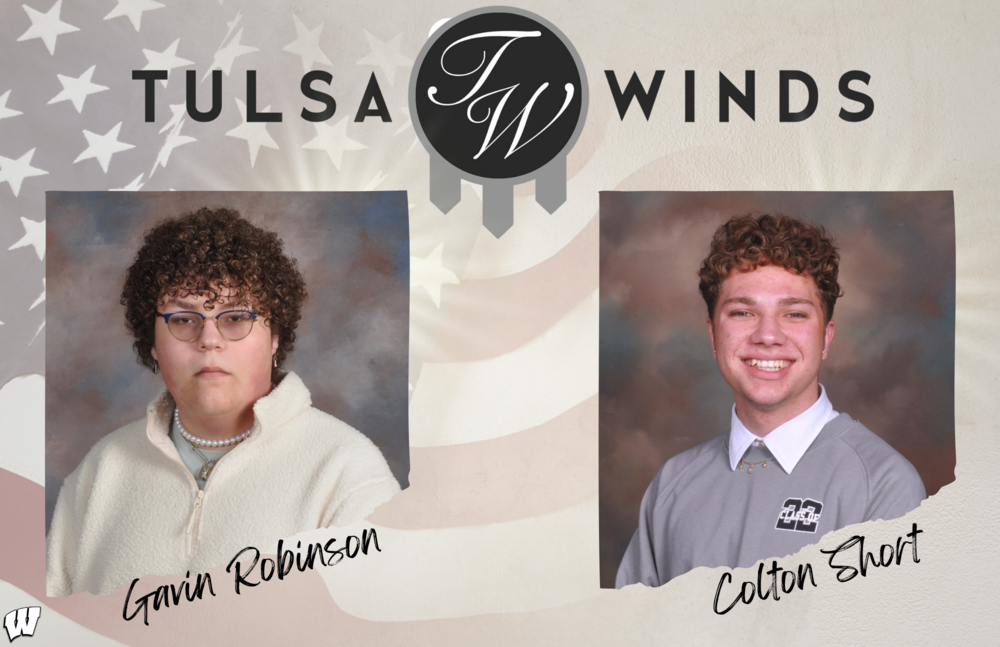 On Thursday, March 31, 2022, two Wyandotte students performed with the Tulsa Winds Symphony. The concert took place at the First Baptist Church of Tulsa. Colton Short played the flute and Gavin Robinson played the euphonium. Our own, Mr. Matthew Balmer, was the conductor and  Mr. Jeremy Parker was the co-conductor. They presented, "American Tapestry."

The following songs were performed: